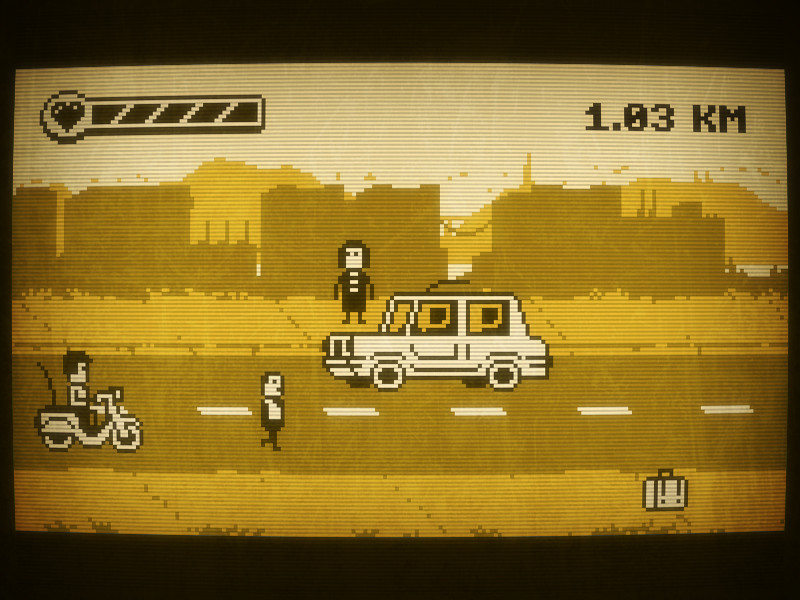 This game is an endless runner that was originally created for Ludum Dare 39. Now I’m making the post-jam version.

Ludum Dare is one of the most famous indie game making competitions, and it’s held 3 times a year. The goal is to make a game with the given theme in 72 hours. I’ve participated LD39 at the end of July, 2017. This time the theme was “Running out of power”.

I’ve created Long Distance Runner using the Love2D game engine and ZeroBrane Studio. I’ve drawn the animations in GIMP, and made the sound effects with BFXR.

I’ve got very positive feedback from various players, despites the simplicity of the game. Amongst the commenters two people has actually made gameplay videos while trying out my game. I’d like to thank you again, Jupiter Hadley and Larry Chupacabra!

This game is currently in progress, so until I finish it I only provide the latest Love2D version. In order to play it, you will need to install Love2D on your computer.