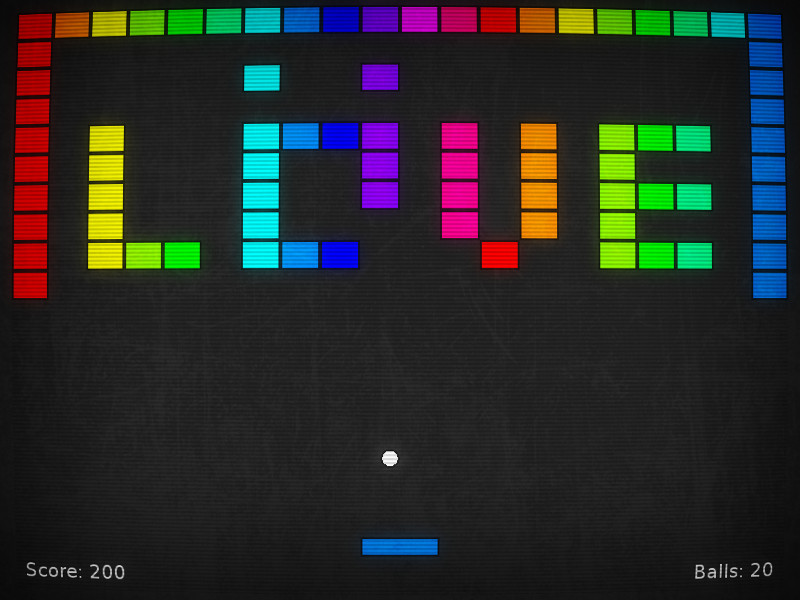 Breakout was one of the very first games I’ve created as a child. Its source is long gone, but I wanted to recreate it.

Now with todays technology it’s very easy to make a simple game like that, literally it just takes a couple of hours. This time I’ve used the awesome Love2D framework and ZeroBrane Studio. I’ve recorded a timelapse video while making it, and later edited it in YouTube.

Basically it was an experiment, but it shows what you can create in 2 hours using these tools:

In order to play the Linux or MacOSX version, you will need to install Love2D on your computer.