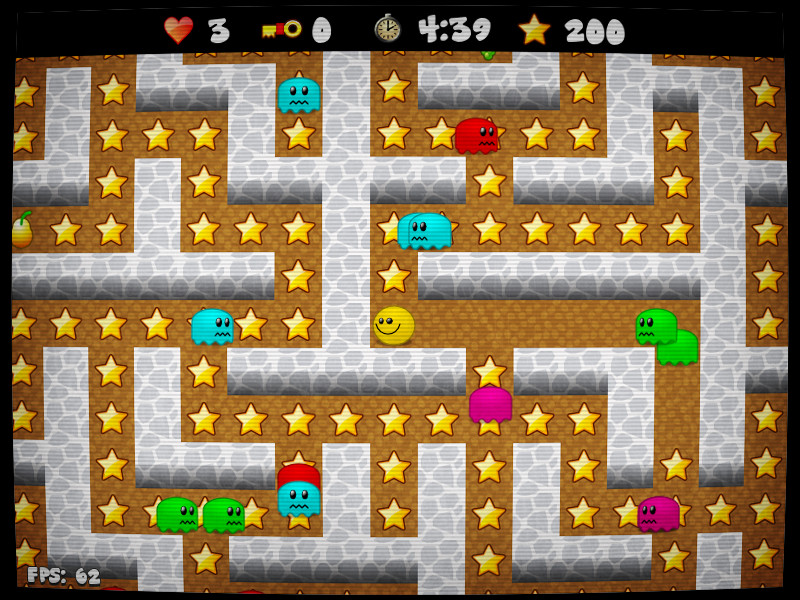 Pacaman is a free and open source Pacman remake with juicy graphics and enhanced gameplay.

Originally I’ve developed this game in C++, using the SFML framework and Code::Blocks. The graphics assets are in vector format, and I’ve created them in Inkscape. The sound effects and the music was not made by me (see the credits in the readme file). I have used Audacity to alter the audio assets.

This is an 85% finished game project, only the menu and the highscore system were missing. I do plan to to finish this one day, as I’ve really enjoyed working on it. I’ve run a develpoment blog about this game when I was working on it, you can find it here: http://pacaman.blogspot.hu/

Here’s a gameplay video of the cooperative two player mode in action.

Here’s a video about the AI and pathfinding in the game.

This is the Christmas edition (beta demo version), which was released in 2011 December.